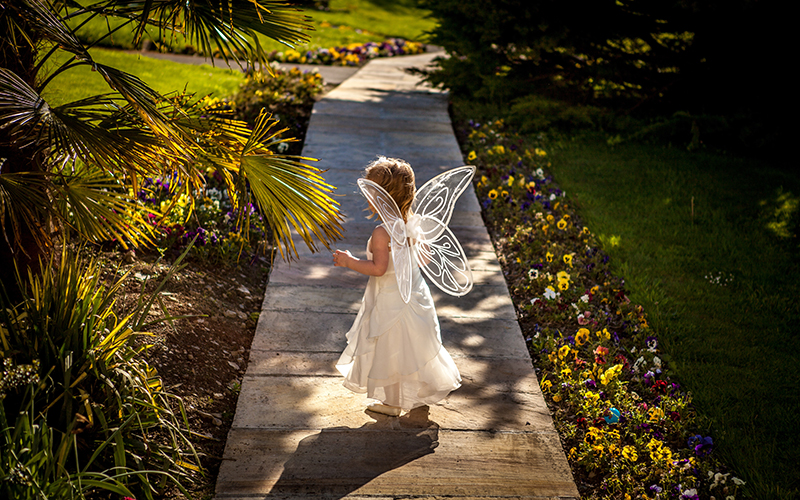 Where Did the Tooth Fairy Come From?

For many people, the earliest memories of tooth loss involve trading the lost tooth with the tooth fairy for cash or presents. A rich part of American history, the tooth fairy is a beloved childhood myth that helps children cope with a potentially scary situation. After all, randomly losing a tooth would probably worry a child as much as it would an adult if not for the prospect of trading the tooth for something much more enjoyable. Not many people, however, know how the myth of the tooth fairy began. To honor the adored legend, Erlanger dentist Dr. Sand Wall explores the origins of the tooth fairy.

During the Middle Ages, the importance of ejected baby teeth was darker than the legends of today. Common belief held that witches could use items that people held close, such as clothes, hair, finger/toe nails, and teeth, to create potions and place curses. To prevent harmful black magic from affecting their children, parents would bury the loose baby teeth or burn them in fire. Fortunately, the practice adopted a less ominous meaning. Later, parents would bury their children’s teeth in the garden in hopes that strong, healthy adult teeth would grow in their place.

Tooth Myths Around the World

As you search around the globe, you’ll continue to find legends involving the importance of stashing baby teeth, but the reasons differ depending on the region. For instance, in Asia, people would bury the lost upper teeth in the ground, and toss lower teeth on the roof. The superstition held that the new teeth would grow straight towards each other. Vikings believed that carrying a child’s item, or having a child in your possession, would bring power, luck, and fortune in battle. They would pay children a “tooth fee” for their lost teeth, and would later string jewelry from their collected prizes.

In US culture, we are familiar with the tooth fairy that comes in the night to collect our children’s teeth and leave them some form of monetary compensation. Unfortunately, the legend is not much help after the tooth is lost. To learn how to take care of the new tooth coming in and the ones left behind, schedule a consultation with Dr. Darlene Sand Wall. If you are in or near the 41018 area, call our Erlanger, Kentucky dentist’s office at (859) 344-8500. 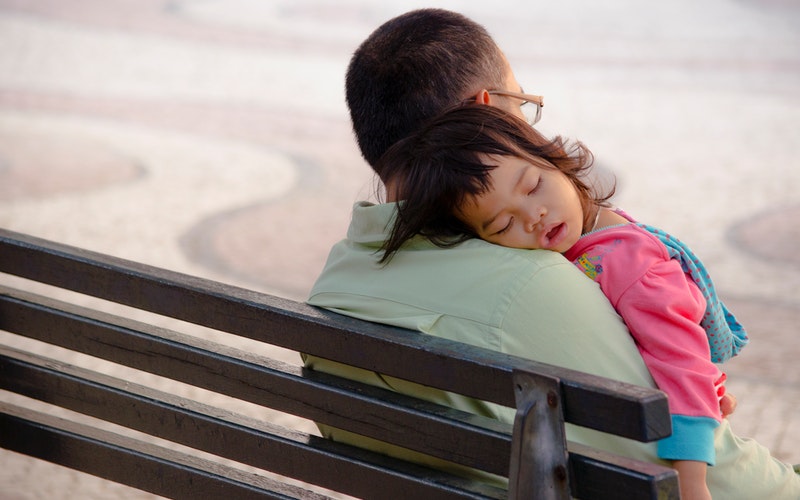 Does Your Child Have Trouble Sleeping?

On average, school-aged children up to the age of 12 should get about ten hours of sleep a night. Ten consecutive hours of sleep, however, can be difficult to achieve, even for a kid. Although children are usually more resilient than their adult counterparts, sleep deprivation affects their minds and bodies in much the same way as it does their parents. Erlanger, Kentucky dentist Dr. Sand Wall gives these tips for helping your child sleep better at night.

Many factors can keep children from the restful sleep they need. If their wakefulness is accompanied by fever, persistent cough, or other signs of illness, you should consult a physician immediately. However, if your child remains awake but appears otherwise healthy, then you may be able help resolve the issue. Create a sleep-friendly environment in your child’s room. Comfortable pajamas and a quiet ambience work wonders at lulling children to sleep. Close the door to your child’s room to block out noise from other members of the household who have not yet gone to bed.

Stick to the Bedtime Schedule

Having your child go to bed at the same time every night can be extremely difficult, but it is worth the effort. Once the body becomes accustomed to knowing when to sleep, it can regulate itself around the sleep schedule and be prepared to rest when it’s time for bed.

It Was Just a Bad Dream

Nightmares are a common source of childhood sleeplessness. If your child is plagued by regular nightmares, try restricting television and video games at least an hour before bed time. Encourage relaxing activities, like reading a book, during their last waking hour or so. If bad dreams persist, seek advice from your child’s physician. There may be another underlying cause for the night terrors.

If your child exhibits signs of sleep deprivation, but does not seem to remain awake at night, mention the issue to Dr. Sand Wall. The problem may be associated with sleep apnea, a sleep disorder that can deprive your child of deep sleep without him/her realizing it.

For more information on sleep disorders, or to schedule a consultation with Dr. Darlene Sand Wall, call our Erlanger, Kentucky dentist’s office at (859) 344-8500. 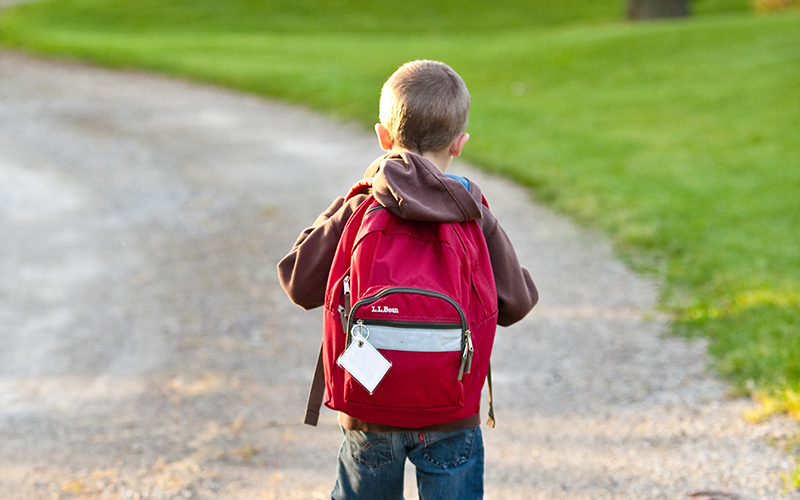 As a parent, you worry quite a bit about your child’s wellbeing. Some parents feel a twinge of nervousness, and some have to consciously control their panic, whenever their child is out of their sight, even during school hours. Being concerned about your child is normal, even healthy, and during the school year, that concern can multiply. One thing you shouldn’t have to worry about is what your child is eating at school. Erlanger, Kentucky dentist, Dr. Darlene Sand Wall, gives these tips for packing your child a tooth-friendly school lunch.

It is a popular belief that sugar is solely and directly responsible for the formation of cavities. This assumption is wrong; it is not sugar that decays teeth, but the bacteria in your mouth that transform sugar into tooth-destroying lactic acid. Some parents do not consider cavities in their young children as a serious problem because the baby teeth will fall out anyway. The truth is, if decay settles into the primary teeth, the infection can cause the tooth to fall out before its time. That means there will be more time between the loss of the baby tooth and the eruption of the permanent tooth. In that time, the remaining baby teeth can crowd together to make up for the loss tooth, causing overcrowding where the adult tooth is supposed to emerge. Baby tooth decay can also seep into the permanent tooth under it, infecting the tooth before it even rises.

If your child is going to eat something sugary, it is best to do so as part of a meal. The additional food can help dilute the sugar and buffer against acid, plus it is better to eat sugar at one time instead of snacking on it throughout the day. Sodas and fruit juices should be consumed with the meal for the same reason. Aside from water, milk is perhaps the best choice for your teeth. It is free of additives and sugars found in popular juices and sodas, and contains high levels of tooth-healthy nutrients. Calcium is important for your child’s oral health and can be found in foods like yogurt, cheese, fortified cereal,  and broccoli. Meats, including chicken and turkey, also contain phosphate, which is another important mineral for tooth enamel formation.

To learn about more healthy choices for your child’s lunch, or to schedule a consultation with Dr. Sand Wall , call our Erlanger, Kentucky dentist’s office at (859) 344-8500. 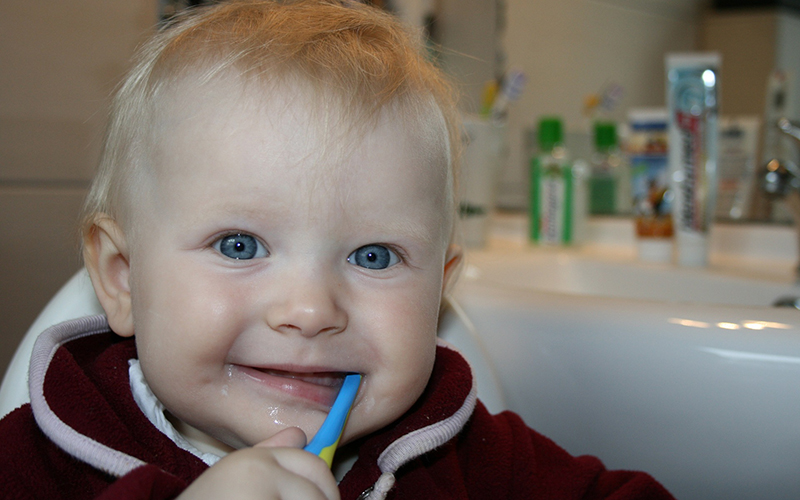 For the most part, the habits we teach our children remain with them throughout their lives to varying degrees. One of the most important habits we can teach them as young ones is the proper way to care for their teeth. Erlanger dentist Dr. Sand Wall understands that children learn more effectively when they’re having fun. The doctor and our staff go out of our way to treat children with gentle compassion and make their dental appointments fun.

Give Them Tools for Good Oral Hygiene

The best way to protect your child’s oral health is to teach him or her how to properly care for their mouths. By learning at an early age to brush their teeth twice a day and floss at least once, children become empowered for a lifetime of excellent oral health. Convincing them that it’s a good idea to visit the dentist every six months can be a little more challenging for some children. Luckily, Dr. Sand Wall’s nurturing manner and love of children makes most of our younger patients look forward to their dental visits.

Checkups and Cleanings for Children

Routine dental checkups and cleanings are important at any age. Aside from polishing your teeth, our exceptional hygienist helps prevent the development of gum disease by carefully removing plaque buildup and tartar. During your children’s visit, we also enjoy teaching them proper brushing and flossing techniques to optimize their oral health care at home. Adhering to a six-month schedule, or more often if Dr. Sand Wall advises it, will allow us to spot signs of infection or other oral health issues and implement treatment early. Chances for successful treatment are increased the earlier an issue is detected.

If your child is prone to developing tooth decay, or if you simply want to maximize your child’s oral health defense, Dr. Sand Wall offers a fluoride treatment for additional protection against tooth decay. The treatment consists of a fluoride varnish that is applied to the surface of the teeth. To help protect vulnerable molars at the back of your child’s mouth, Dr. Sand Wall may suggest dental sealants, which are thin plastic coatings that protect the chewing surfaces of teeth.

To learn more about ensuring your child’s exceptional oral health, or to schedule a consultation with Dr. Sand Wall , call our Erlanger, Kentucky dentist’s office at (859) 344-8500.